charles is a sculptor living and working in the scottish borders with his wife pauline burbidge (textile artist).

charles works in the three distinct areas of sculpture, growing sculpture and drawing. within his sculptural work lead is his primary material and found objects are the starting point for the development of artworks. charles started growing sculpture in his garden but now he is growing things in public places and it is becoming a major part of his artwork. charles sees drawing as a separate but connected activity to the sculpture, his drawings take inspiration from natural forms but become about mark making on the page in the controlled environment of the square.

charles has been collaborating with jacquie milham since 2002 when he completed the sculptoral facade to hush house. 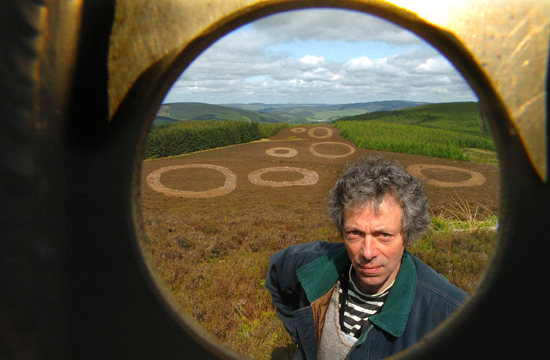